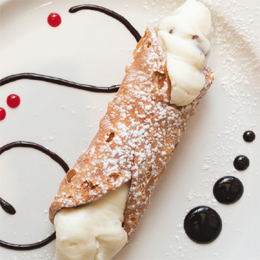 We were excited when we learned that a new Italian eatery would take over the former Toscana space in Mullica Hill. The family-owned Chianti opened several months ago, run by the same family that owns the wildly popular Tarantella Ristorante in Medford. Bringing decades of local experience from a restaurant that was already known and loved surely meant good things for Gloucester County.

The interior space hasnât changed much from past haunts: dimly lit, sectioned off dining spaces are built around an open kitchen space, where chefs and servers buzzed back and forth. Itâs a bustling dining room, but the walls and dividers still allow for plenty of intimacy.

Chiantiâs menu takes an all-encompassing look at Italian-American cuisine, spanning the culinary style with familiar dishes that fans of the cuisine have come to know well. That includes a sprawling pizza list, plenty of pasta and the traditional selections of chicken or veal and seafood.

Mussels in white sauce were the perfect example to start with. The well- known mussels were sautÃ©ed in a garlic and white wine sauce until they popped open, served sprinkled with parsley and plenty of sauce alongside house-made bread and garlic knots for dipping. It was a plate that you can find at many Italian restaurants in the area prepared almost identically, but the well-cooked and massively meaty mussels certainly helped to enhance the dish, and made it a bit more memorable.

A plate of Italian rice balls were an exciting transition from the shellfish. Baseball-sized risotto balls were packed full of seasoned ground beef, deep fried in Italian bread crumbs and served with a generous helping of marinara sauce. The risotto itself was wonderfully seasoned, creating a creamy, slightly cheesy bite every time, while the crispy exterior added just the right crunch. But it was the marinara sauce that really sticks in my memory: a beautiful, bright red sauce that had just the right amount of sweetness that only a freshly prepared marinara can achieve, packed with herbs and a little hit of pepper.

Pasta Franco jumped out as particularly enticing from the selection of pasta entrÃ©es, featuring your choice of pasta tossed with roasted red peppers, sweet Italian sausage, diced onion and chopped mushrooms, all coated in a house-made olive oil and cream sauce. The sauce itself was the dishâs real, unifying component, bringing together all the ingredients nicely in each bite. Every forkful had a nice hint of sweetness from the pepper and earthiness from the mush- room, finished off with a bite of salt from the sausage. Itâs a warm and inviting plate that seems to perfectly fit the start of the fall season.

The seafood selection leaned heavily toward shellfish selections, like the scallops marinara, which donât stray too far from their name. A half dozen plump diver scallops were stewed in that addicting marinara sauce that made an appearance with the risotto balls, and were tossed with sliced grape tomatoes then spooned over a bed of linguine. I could certainly appreciate the size of the plate, as there was no shortage of scallops for each bite, but the scallops would have benefited from a light sear to help seal in their flavor and make them a bit more tender.

Chianti looks as though it aims to be a family-friendly spot in the heart of Mullica Hill. With the selection of dishes that never stray too far from the familiar and a keen eye on ingredients and preparation it looks like they could be just that: a go-to family favorite with something for everyone.