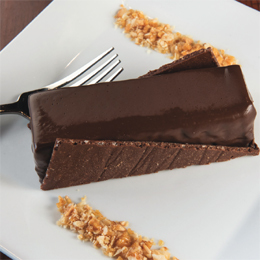 South Jersey residents have long awaited the opening of Cooper House, the eatery nestled along the Cooper River that replaces the former Lobster Trap. When Camden County bought the shuttered seafood spot years ago, people waited anxiously to see what was going to become of some prime real estate with a view of the river and Philadelphia skyline.

Visually, Cooper House does not disappoint. Itâs a simple but stunning space, with plenty of windows and a natural vibe that fits into the surrounding walking and running trails. Step out to the beer gar- den for an outdoor experience, including its own bar space, covered areas and a late- night bar menu.

Everything available gives off a very Americana feel, from the rotating craft beer selection to the Southern twists on dishes and drinks. Thereâs a touch of modernity in each option, thanks to fresh and trending ingredients, but nothing seems too far off or unusual to try.

The menu is great for groups, as almost half of the page is made of shared plates, flatbreads and starters. A larger entrÃ©e selection would have been appreciated, but what was offered for the starters was certainly enticing. Like the smoked oystersâfive massive oysters served open and grilled, brushed with a smoked butter purÃ©ed with herbs and a drizzle of chili oil. The oysters were meaty and packed their own briny bite, which was complemented by the fresh herbs in the butter and the slight hit of heat from the oil.

There were plenty of flatbreads to pick from, including a fontina and artichoke plate that our waitress spoke highly of. The large, pizza-style dough arrived topped with slices of cured ham, sautÃ©ed Portobello mushrooms, artichokes, and fontina cheese, finished with whole leaves of fresh oregano. The flatbreadâs bed of red sauce and melted cheese gave it much more of a pizza feel, but the flavors were rich and cohesive, thanks to a bit of salt from the ham and earthiness from the mushrooms. While the fresh oregano was a nice touch, the bunches themselves were overpowering, and could have been diced or even dispersed more evenly.

Mid-meal distractions came by way of an impressive cocktail list. The Tom Collingswood, in particular, was a great take on the classic Tom Collins, featuring Rowhouse gin, fresh lemon juice, simple syrup, club soda and a splash of grenadine. The lemon juice helped bring out the botanical notes in the gin, and the modest approach to the grenadine added just the right amount of sweetness.

Sandwiches and burgers helped to balance out a small meal selection, and the pork belly sandwich stood out as a unique and tasty option. A slice of pork belly was grilled and topped with sharp provolone cheese and broccoli rabe, all finished on a pretzel bun with fries. Think of it as a classic Philly roast pork sandwich, but elevated thanks to the pretzel roll and tender, juicy pork belly.

An entrÃ©e of white barbecue-grilled half-chicken jumped out, as white barbecue sauce has burst onto the foodie scene this summer. A chicken breast, leg and thigh were grilled and doused in the Southern sauce, made of a mayonnaise base with vinegar and spices. It came on a bed of beer-braised collard greens with black-eyed peas and a side of fried spoon bread. For a state thatâs pretty far from the South, this dish really managed to bring the Southern charm. The greens and beans were tender and packed with flavor, and the chicken was juicy and still managed to be light, even with the creamy sauce it was coated in. Meanwhile, the spoon bread added a nice crispy side that paired perfectly.

The evening ended with a slice of chocolate cake, topped with mousse and chocolate ganache finished with a garnish of crispy chocolate candies. Definitely fit for sharing, it was rich and decadent, a cohesive way to end the night.

Balance was the name of the game at the Cooper House, with no dish standing out as too heavy, too overwhelming or simply too much. While the selection itself could use some expanded offerings, whatâs coming out of the kitchenâand the bar, for that matterâis worth trying, and the views are more than worth sticking around for.