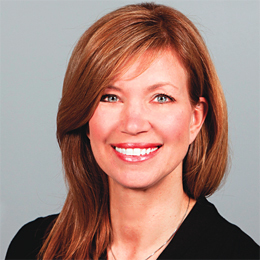 
by Robin Rieger
I browse Facebook every now and then and a recent Shore mayor caught my attention when he suggested that he would like to see the law requiring drivers to stop for pedestrians in a crosswalk repealed. There was no shortage of comments following the post with many contributors suggesting pedestrians think the law gives them the right to head out into an intersection and cars will automatically hit the brakes.

On the flip side there are those who posted that drivers arenât paying enough attention to whatâs going on in the roadway in front of them or are going too fast to stop. Many of the complaints came from people in Shore towns where an increased summer population on foot and in cars adds to the frustration and danger.

Laws work when people educate themselves about their own responsibility to follow them. This law doesnât give pedestrians or drivers the right to be reckless but itâs trying to provide an avenue for people on foot to safely cross a street. Iâm not convinced the law is the root of the problem. In many cases it can be a driver who doesnât want to yield to someone on foot because it will slow them down or they arenât totally focused on driving. On the other side of the street it can be a pedestrian who is jaywalking or tired of cars blowing by them as they wait for a break to cross the street and just start going.

Instead of trying to repeal the law, especially as school is now in session and kids are walking back and forth, why not better promote an educational campaign to make drivers, pedestrians and people on bikes see its purpose, benefits and consequences? Better yet, install pedestrian push button signals where there is no traffic light but a crosswalk exists. That might take the guesswork out of the mix entirely.

Try crossing a four lane road at a crosswalk with children who donât realize, as you do, that while the driver in the lane closest to them might stop and wave them across the driver in the next lane may keep going unaware of whatâs happening ahead of them. Our family has seen it time and again. Itâs a death or injury waiting to happen, even for children taught to look both ways and proceed with caution.

A driver who rear-ends a car in front of them stopped for a crossing pedestrian is the one at fault when that happens, not the law. The law changed from a driver having to âyieldâ to a pedestrian within a marked crosswalk to âmust stopâ for pedestrians because of the high number of accidents and fatalities at intersections if you read some of the stateâs literature on this issue. The new law doesnât give the driver or pedestrian the right to proceed without caution. The old one didnât either.

Drivers AND pedestrians who break this law should be cited with a ticket and fine, a lesson in itself. Itâs a less costly price to pay than hitting someone with your car or getting struck. This law puts the responsibility on both parties to comply and on police to enforce it. New Jersey towns facing these specific problems could make changes as well by reducing speed limits in pedestrian heavy areas in addition to merging four lanes down to two, reducing for a short span the amount of traffic flowing into a crossing.

And shouldnât our own sense of responsibility also be the driving force here? How much trouble is it really to slow down in your car through a neighborhood or a downtown where you would expect people, including senior citizens or children to be walking? And while you are walking, how hard is it to be just as aware of your surroundings as drivers should be? Much of it comes down to using common sense and offering common courtesy. Fortunately, thereâs no law against that.