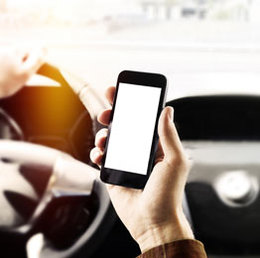 Not Getting the Message

One local family that lost their loved ones to a distracted driver has seen little results from the state law they helped to make a reality.

Itâs been three years since Toni Donato-Bolis, driving home from her final pre-natal visit, was struck head on by a young driver allegedly distracted by his GPS. Three years since Donato-Bolis and her unborn son, RJ, were killed by the impact, leaving behind a husband and 2-year-old daughter. Three years since the Donato and Bolis familiesâ lives changed forever because, despite knowing better, people still do not keep their full attention on the road in front of them.

As it happens, a lot has changed in the three years since Donato-Bolis was killed. The Donato and Bolis families have done their best to move on from the tragedy, while keeping RJ and his motherâs memories alive. They have worked tirelessly to help decrease the number of distracted driving incidents in the state so other families do not have to go through the same thing, helping push through a law that makes it easier for prosecutors to get convictions for vehicular homicide or assault by auto against a person who illegally uses a cell phone while driving and, as a result, kills or injures someone. While this piece of legislation was passed in July 2012, Donato-Bolisâ family say it hasnât had as much of an impact as they had hoped.

âI think officers are doing the best they can to enforce and pull people over and give tickets when they need to,â she continues, âbut I donât feel as though once it gets past the ticket and it goes to court â¦I donât think it has the chance to go to the county prosecutor to become a case. Itâs still just a slap on the wrist.

Donato says another problem is that the tickets law enforcement officials utilize do not actually address cell phone use. âSomething else Iâve been looking into, and Iâm in the process of contacting legislators about, is Iâd like to see the actual ticket have a check box for cell phone use,â she says. âThey donât currently. Iâve been looking into seeing if there is an ordinance to get passed to have that as an option there.â

And her concerns are not unfounded â from 2003-2012, more than 1,600 people were killed in crashes caused by distracted drivers, according to the New Jersey Division of Highway Traffic Safety. While distracted driving includes a number of distractionsâincluding applying makeup, tending to children or pets and eating or drinkingâusing a hand-held device is one of the major offenses.

The state of New Jersey worked to address the issue in 2003 by passing a law making it a secondary offense to use a held-cell phone while driving. In 2007, a stricter law was passed that makes it a âprimary offense for motorists to talk on or text message with a hand-held wireless telephone or electronic communication device while driving,â according to a press release from the state.

The Kulesh, Kubert and Bolis law further enhances the use of a hand-held device as a crime, but people still refuse to put their phones down.

âItâs still very prevalent,â says Lt. Dennis Sims, of the Washington Township police department. âAs Iâm going about my day, whether itâs on duty or off duty, I canât go a very long distance without seeing someone on their phone or texting. I have an unmarked police car, but itâs pretty obvious itâs a police car, and sometimes people are just completely oblivious to the fact that Iâm there.â

Donato-Bolisâ accident took place in Washington Township, and the police department there has worked tirelessly with the Toni Donato-Bolis & Baby RJ Foundation her family put together to make drivers more aware of the hazards of distracted driving. As Sims says, however, it seems the problem isnât that people are not aware; they are just choosing not to adhere to the law.

âI donât know how they could not be aware of it,â he says. âItâs been discussed in many different formsâin the media, by government agencies putting together PSAs or putting out some kind of information. Youâd be hard-pressed to say youâre not aware of the law. People are just choosing not to obey it. It just doesnât seem to be an issue to them until theyâre in an accident or theyâre pulled over.â

Lt. Brian Polite, of the New Jersey State Police, agrees, and says what people really need to do is step back and realize what kind of repercussions their actions can have on themselves and others. âWe stress enforcement. We enforce the law. But it is also an issue of personal responsibility. You need to be responsible for yourself and your passengers. Your actions are not only detrimental to yourself and your passengers, but also the other drivers on the road.â

The one problem many people have with the law is that they believe they can multi-task while drivingâbut experts say otherwise.

âFor the most part, the brain really isnât able to go back and forth between two things at once. You do one thing at a time,â says Bancroft NeuroRehab Executive Director Dr. Cynthia Boyer. âYou do one thing and then you stop and do the next.

Boyer says people often think looking at their phone is safe while sitting at a traffic light, but even that time should be spent with your eyes on the road. âIt is scary, but I think that itâs like a lot of thingsâpeople think, âMaybe that other guy canât do it, but I can.â But the truth is, our brains arenât trained to do two things at once. Theyâre wired to do one thing at a time.â

Part of the problem, Boyer says, is the addictive quality of cell phones, which makes it difficult for people to put them down even while theyâre driving. âYou get pleasure from anticipating a message,â she says. âThereâs an addictive quality to it and the brain actually produces chemicals that make you feel good. So there really is that pull. To not be susceptible to that pull, you have to consciously do something with the phone. Put it in the trunk or in the back seat of your car.â

There are also apps available that block calls and texts while youâre driving, or shut your phone completely off, Boyer notes. âWith kids, you have to use the same strategy you use with drunk driving. Tell them they need to have a designated phone person, so there is only one person using the phone, and the driver doesnât.â

While the laws in New Jersey say you cannot use a hand-held device, you can use a hands-free one. Polite stresses that with the availability of hands-free devices, people really have no excuse to be on their handhelds. âRight now, thereâs very little reason people shouldnât be adhering to the law,â he says. âThereâs so many wireless devices out right now that you can still communicate without having the phone occupying your hand. Cars have phone technology in their systems. Itâs becoming easier to adhere to the law.â

It is important, however, to go back to Boyerâs suggestion that the brain is not capable of doing two things at once, which may off-set the âhands-free is betterâ mentality.

âTheyâre not a whole lot better,â she says. âAt least your hands are on the wheel but itâs still the split attention, so youâre really not paying as much attention as you really should.â

While law enforcement agencies and groups like the Toni Donato-Bolis & Baby RJ Foundation across the state continue to work to try and make drivers more aware of the dangers of distracted driving, Donato stresses that people should take the laws that have been put into place more seriously.

âYou still see [distracted driving] all the time,â she says. âThere are accidents all the time. Whatâs it going to take? How many lives do we have to lose? Does it need to be someone important? I donât think that people are looking at it is as a crime, but it absolutely is. Taking your eyes off the road for a split second is a crime right then and there.â