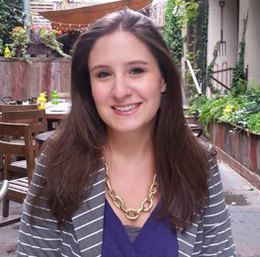 $30,000,000: Cost of a new ambulatory care facility to be built in Gloucester County thanks to a partnership between Thomas Jefferson University and South Jerseyâs Inspira Health Network. The facility will be between 50,000 and 75,000 square feet.

2.2: Number of acres Evesham Township will increase by, due to a recent annexation of a piece of land from Medford Township.

$10.2 MILLION: Amount in revenue the U.S. Cellular Community Park pumped into Medfordâs economy last year, most of which was made by tournaments and special events held at the park.

thirty-eight: Cars involved in a pileup in January on the New Jersey Turnpike due to black ice and freezing rain.

$17,000,000: Amount recently gifted to Doane Academy from Henry Rowan and his wife, Eleanor. Additionally, the Henry M. Rowan Family Foundation has donated more than $8 million to the school over the past 12 years in annual support.

Thirty-Two: Number of murders in Camden last year. The cityâs murder rate has fallen in recent years, with 54 homicides in 2013 and a record 67 in 2012.

40,000: Number of books Burlington County College and Mercer Community College will distribute to local disadvantaged children as part of the First Book program.

Downtown Haddonfield served as the backdrop to a recent Mercedes Benz commercial, which featured a shiny new Mercedes model and several local landmarks, such as Indian King Tavern Museum. The commercial will air during BBC America Channelâs series Top Gear.

K-9 patrol dog Grizz and his handler,Glassboro Police Officer Butch Moore, were recently greeted by a crowd of police officers and dog handlers to honor the K-9 officerâs last patrol. Moore has been working with K-9 dogs for 15 years, and working with Grizz for the last nine years.

Scientists are predicting the return of box jellyfish to the Jersey Shore this summer. The box-shaped jellyfish has tentacles infused with venom, and their stinging can cause burns, swelling and scarring.

2/11
Explore new media through the lens of materiality, authorship and experience at the Simulate/ Permeate exhibition at Rowan University Art Gallery, which runs through March 7, with a special gallery talk by the artists Feb. 11 from 5-7 p.m. Route 322, Glassboro, (856)256-4521, Rowan.edu/ArtGallery, free

2/19
Indulge in a little comedy with the Haddonfield Plays and Playersâ Born Yesterday, the story of a crooked businessman trying to get ahead. Runs weekends Feb. 19 through March 7, 957 E. Atlantic Ave., Haddonfield, (856)429-8139, HaddonfieldPlayers.com, prices vary

Of all the places Guy Fieri has eaten over the years, he ranks the White House in A.C. as one of his all-time favorites.
Page 58

Burlington County: Mount Laurel
A Mount Laurel man was charged with the murder of his wife after being taken into custody following a traffic stop in Bellmawr while driving his missing wifeâs car. The mother of two was last seen with her husband Dec. 30.

Camden County: Cherry Hill
Police arrested a man and woman for forgery after the female allegedly attempted to pass a counterfeit $100 bill at Ponzioâs Diner on Route 70.

Gloucester County: Woodbury
A Sicklerville woman was charged with allegedly stealing the handbag of an assistant Gloucester County Prosecutor the same day she was being sentenced for another theft. She was denied bail on the former charges.

âWhat Iâve told everybodyâsupporters of mine, potential donors of mine, staffâis: Relax, no oneâs voting for another 121/2 months. So everybody just calm down. Be relaxed. Look at me. Look at how relaxed I look.â
âGov. Chris Christie in regards to whether he has decided to run for president in 2016.

THIS MONTH, on Page 62, we take a look at the best restaurants in South Jersey in our annual Golden Forks roundup. Share your opinion by visiting SouthJersey.comâs Voice and Vent section and answering:
âDo you visit fine dining restaurants more than once a week?â
Click on âSubmitâ to make your vote count. Next month, weâll report back on what our readers are thinking.

People: Young and in Charge
Victoria Napolitano (pictured) has accomplished more at age 26 than many people twice her age. The Drexel University graduate and instructional designer is now the mayor of Moorestown, the youngest in the townâs recent history. Napolitano was first elected to town council in 2012, at age 24. Now she has even bigger plans for Moorestown, including tax relief for its residents, when sheâs not crashing through glass ceilings, that is.

You are the youngest mayor in the town's recent historyâhow does that feel? Does it add any extra pressure?
I would be proud to be the mayor of Moorestown at any age. The response to my youth has been overwhelmingly positive. Of course I want to prove that a young woman can do this job, but the only real pressure I feel is to do an outstanding job for our residents.

You are only the second female mayor in the town's historyâtell me about breaking down those gender barriers.
I believe very strongly that we need more women in public office, and Iâm proud to be one of the growing number of elected women. I focus on doing my job well because I care deeply about Moorestown, but doing a great job also helps to silence the few remaining close-minded people who donât realize that a woman can lead just as well as a man.

What do your parents think about all this?
My parents are proud, but I donât think they are surprised. Iâve always been someone who has chased my goals, and when I make a commitment I see it through. By the age of 22 I had already finished my masterâs degree, started my career, and married my high school sweetheart. Now, at 26, I own a home and have two years of serving on council under my belt.

What do you hope to leave behind as your legacy?
I hope people will look back on my time as mayor as a time when things got done, when politics did not get in the way of progress.

Apple, a Voorhees native and former star football player at Eastern Regional High School, helped Ohio State capture the first College Football Playoff National Championship with a 42-20 upset over Oregon in January. The starting cornerback, a redshirt freshman, had seven tackles and intercepted a pass. Apple played in all 15 games this season for the Buckeyes, finishing with 53 tackles and three interceptions.

Chris Thaler, a nurse from Gloucester Township, was recently named Cooper University Health Care's first DAISY Award winner. The DAISY Award is a renowned recognition that celebrates the skill and compassion nurses exhibit on a daily basis. A cardiac nurse, Thaler was selected from 52 nominees.

One of the newest Phillies Ballgirls, Cinnaminson native Valerie Miller, a Holy Family University graduate, got involved not just because of her love of the Phillies, but also because of her love of community service. To secure a spot on the roster, Miller, 22, had to submit a rÃ©sumÃ© and short video highlighting her softball experience, then a tryout, including showing off her softball skills and an in-person interview before being selected.

Marltonâs Rabbi Ilene Schneider, Ed.D., one of the first six women rabbis ordained in the United States retired from her day job to devote full time to writing; and is the author of the award-winning Rabbi Aviva Cohen mysteries, Chanukah Guilt and Unleavened Dead, with a third book in the series, Yom Killer, in the works.

Gaudreau, a Carneys Point native and star rookie left wing for the Calgary Flames, was chosen to take part in the NHL All-Star Skills Competition, held the night before the All-Star Game in late January in Columbus, Ohio. A former Gloucester Catholic High School student, Gaudreau was a college star at Boston College and earned the nickname âJohnny Hockey.â