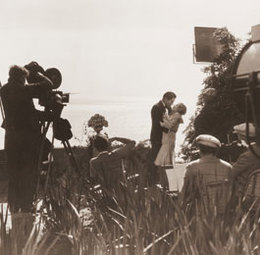 Even though the majority of this yearâs theatrical movie attractions have already been released, regarded, reviewed, and either revered or rejected by audiences and pundits, the 2014 Oscar races are yet to be determined. So the upcoming holiday season will likely see the arrival of not only a box office blockbuster or two, but the actors, actresses, artists, technicians and movies who and that will vie for Academy Awards in early 2015. Many, but certainly not all of the following films have serious Oscar aspirations, but all should dominate American movieÂ¬going as this calendar year comes to a close.

Wild (Dec. 5)
GENRE AND PLOTLINE: The nonfiction chronicle, based on the Cheryl Strayed novel, of one womanâs solitary trek of more than a thousand miles on the Pacific Crest Trail as a way of healing following the death of her mother, a divorce, and years of reckless, self-destructive behavior.
MAJOR PLAYERS: Reese Witherspoon, Laura Dern, Gaby Hoffman
BEHIND THE CAMERA: Jean-Marc Vallee, who directed the Oscar-winning Dallas Buyers Club
OSCAR PROSPECTS: Witherspoonâs Oscar for 2005âs Walk the Line allows this one to be automatically perceived as an Academy Award aspirant. To say nothing of the successâand the Best Actor Oscar that emerged from it for Matthew McConaugheyâof director Valleeâs last project.
COMMERCIAL PROSPECTS: Look for Witherspoon to have acareer resurgence not unlike the one McConaughey had last year.
REASON TO SEE IT: Knowing there is Oscar rumbling for the popular Witherspoon in a risky vehicle might be reason enough to make her career resurgence happen.

Exodus: Gods and Kings (Dec. 12)
GENRE AND PLOTLINE: A biblical epic that interprets the Book of Exodus in the Old Testament by focusing on Moses leading the Israelite slaves out of Egypt.
MAJOR PLAYERS: Christian Bale, Sigourney Weaver, Joel Edgerton, Ben Kingsley, John Turturro, Ben Mendelsohn, Indira Varma
BEHIND THE CAMERA: Veteran, three-time Oscar nominee Ridley Scott, director of Thelma & Louise, Gladiator and Black Hawk Down
OSCAR PROSPECTS: It may not look like Oscar material on the surface, but keep in mind that Scott directed the sword-and-sandal epic Gladiator to a Best Picture Oscar in 2000. And that seemed just as improbable at the time. Remember also that Bale and Kingsley are Oscar winners and Weaver is a three-time nominee.
COMMERCIAL PROSPECTS: Decent. In a year that has seen quite a few faith-based and biblical films, this is the one with the highest profile. And Scottâs movies tend to find their audience.
REASON TO SEE IT: Moses supposes that sun-and-swords-and-sandals flicks donât come along every weekend.

The Hobbit: The Battle of the Five Armies (Dec. 17)
GENRE AND PLOTLINE: The third adventure fantasy based on J.R.R. Tolkienâs novel, The Hobbit, in which Bilbo and the Dwarves reach the lair of the dragon Smaug and attempt to reclaim Erebor.
MAJOR PLAYERS: Martin Freeman, Lee Pace, Cate Blanchett, Benedict Cumberbatch, Evangeline Lilly, Richard Armitage, Luke Evans, Orlando Bloom, Ian McKellen, Hugo Weaving, Christopher Lee, Stephen Fry
BEHIND THE CAMERA: Peter Jackson, the three-time Oscar-winning producer, director, and co-writer of the Lord of the Rings trilogy who similarly produced, directed, and co-wrote the first two Hobbit movies
OSCAR PROSPECTS: Because each of the first two offerings snared three technical Oscar nominations, you have to figure the third offering has a chance to do the same. But to think of this film or either of its predecessors in terms of any of the major Academy Award categories is laughable.
COMMERCIAL PROSPECTS: No reason that the third epic wonât pack them in, just as the first two did.
REASON TO SEE IT: Only if you werenât bored to tears, as some ungrateful viewers (ahem) were, by the first two installments.

Annie (Dec. 19)
GENRE AND PLOTLINE: An updated remake of the 1982 musical comedy-drama, first staged in 1977, that was based on the 1924 comic strip Little Orphan Annie by Harold Gray and revolved around the exploits of an orphan searching for the parents who left her as a baby.
MAJOR PLAYERS: QuvenzhanÃ© Wallis, Jamie Foxx, Cameron Diaz, Rose Byrne, Bobby Cannavale, David Zayas, Brad Bong
BEHIND THE CAMERA: Will Gluck, who co-wrote the script and also directed Easy A and Friends with Benefits
OSCAR PROSPECTS: The sun may come out tomorrow, but itâs unlikely that any Oscar nominations will similarly emerge. However, the 1982 version did manage two Oscar nominations, one for the music and one for art direction and set direction. Stranger things have happened.
COMMERCIAL PROSPECTS: Itâs expected to open quietly, but musicals tend to be watchable in their various versions. Stay tuned.
REASON TO SEE IT: If you appreciated the original film or the Broadway show, thereâs no reason this shouldnât provide entertainment value.

Night at the Museum: Secret of the Tomb (Dec. 19)
GENRE AND PLOTLINE: The third installment in the effects-driven fantasy-comedy trilogy finds the returning security guard traveling around the globe in order to save the exhibits-come-to-life magic before it disappears forever.
MAJOR PLAYERS: Ben Stiller, Robin Williams, Owen Wilson, Ben Kingsley, Steve Coogan, Dick Van Dyke, Dan Stevens, Ricky Gervais, Mickey Rooney, Rami Malek, Rebel Wilson, Bill Cobbs
BEHIND THE CAMERA: Shawn Levy, who directed the first two Night at the Museum comedies as well as Date Night, Real Steel and The Internship
OSCAR PROSPECTS: The Academy completely ignored both of the first two installments, as it most certainly should have. No reason to believe that that wonât be the justifiable case again.
COMMERCIAL PROSPECTS: Strong, given that each of the first two were box office winners.
REASON TO SEE IT: Only if you or your young loved ones found the first two outings tolerable.

Big Eyes (Dec. 25)
GENRE AND PLOTLINE: A biographical drama about the heated divorce battle between Walter and Margaret Keane, the latter the artist who actually painted portraits of large-eyed waifs in the â50s and â60s, the former the artist who took the credit.
MAJOR PLAYERS: Christoph Waltz, Amy Adams, Jason Schwartzman, Terence Stamp, Krysten Ritter, Danny Huston, Jon Polito
BEHIND THE CAMERA: The prolific and idiosyncratic Tim Burton, whose extensive directorial credits include Beetlejuice, Batman, Edward Scissorhands, Ed Wood, Big Fish and Sweeney Todd: The Demon Barber of Fleet Street
OSCAR PROSPECTS: Burton has never been much of an Academy favorite, although he does have two Oscars in animation categories. But two-time Oscar winner Waltz and five-time nominee Adams certainly raise the Oscar profile on this one.
COMMERCIAL PROSPECTS: As an idiosyncratic project from an idiosyncratic director, this one would appear to have an uphill battle at the box office. But you never know.
REASON TO SEE IT: Burton, Adams, and Waltz are always worth a look-see. And thereâs the intriguing premise.

Unbroken (Dec. 25)
GENRE AND PLOTLINE: A biographical drama about the life of Olympic runner and war hero Louis Zamperini, who survived a plane crash but was taken prisoner by Japanese soldiers and sent to a POW camp during World War II.
MAJOR PLAYERS: Jack OâConnell, Domhnall Gleeson, Jai Courtney, Garrett Hedlund, Finn Wittrack, Luke Treadaway, Morgan Griffin, Alex Russell
BEHIND THE CAMERA: Superstar and Oscar-winning actress Angelina Jolie, who takes the directorial reins for a second time, having brought In the Land of Blood and Honey to the screen in 2011
OSCAR PROSPECTS: Jolie has no Oscar track record as a director, but the subject matter, combined with the critical respect afforded her first project as a director, and the beloved best-seller source material, just might help attract a modicum of Academy Award attention.
COMMERCIAL PROSPECTS: Without on-screen stars, this labor of love will need help of some sort to succeed at the box office.
REASON TO SEE IT: Jolieâs first foray behind the camera was legitimately impressive, making you want to see whatever directorially she took on next.

The Interview (Dec. 25)
GENRE AND PLOTLINE: A raucous comedy about a TV talk show host who lands an interview with North Korean dictator Kim Jong-un whereupon the CIA recruits him and his producer and asks them, since theyâre going to North Korea anyway, if, while theyâre there, they wouldnât mind assassinating him.
MAJOR PLAYERS: Seth Rogen, James Franco, Lizzy Kaplan, Randall Park, Diana Bang, Tommy Chang
BEHIND THE CAMERA: Rogen and Evan Goldberg, who teamed up last year by co-directing This Is the End and prior to that co-wrote Superbad
OSCAR PROSPECTS: With the amount of publicity this film has gotten in advance and the attendant controversy, award recognition has not been the focus. But Franco does have an Oscar nomination as Best Actor for 127 Hours, which canât hurt but wonât matter.
COMMERCIAL PROSPECTS: The curiosity factor may be sky-high, given that the filmâs opening just might be seen as a âwar actâ and Franco and Rogen as terrorists by the North Korean regime if the film opens.
REASON TO SEE IT: If this intersection of movies and international relations doesnât make you want to see it, nothing will.

Into the Woods (Dec. 25)
GENRE AND PLOTLINE: The musical fantasy based on the Tony Award-winning Broadway musical by Stephen Sondheim and James Lapine that is set in a world of various interwoven Brothers Grimm fairy tales and explores the consequences of wishes and quests.
MAJOR PLAYERS: Meryl Streep, Johnny Depp, Anna Kendrick, Chris Pine, Emily Blunt, Lucy Punch, Christine Baranski, James Corden, Tracey Ullman, Tammy Blanchard, Billy Magnussen, Frances de la Tour
BEHIND THE CAMERA: Oscar nominee Rob Marshall, who directed the Oscar-winning musical Chicago, as well as the musical Nine, and the non-musical Memoirs of a Geisha
OSCAR PROSPECTS: That itâs a musical might seem to ban it from Oscar circles. But Marshallâs Chicago was in the same boat and danced away with 13 Oscar nominations and sixâcount âem, sixâstatuettes. Plus perennial nominee Streep is in those same woods.
COMMERCIAL PROSPECTS: As Marshallâs rÃ©sumÃ© makes clearâconsider Chicago, then consider Nineâmusicals are impossible to predict. Into the Woods could go into the black or could go into the toilet.
REASON TO SEE IT: Sondheim is a national treasure, Marshall seems to be the right guy for the job, and Streep and Depp lead a come-hither cast.

Inherent Vice (Jan. 9)
GENRE AND PLOTLINE: A crime mystery-drama based on the same-titled Thomas Pynchon novel in which a Los Angeles private eye investigates the 1970 disappearance of an ex-girlfriendâs current boyfriend.
MAJOR PLAYERS: Reese Witherspoon, Jena Malone, Joaquin Phoenix, Josh Brolin, Benicio Del Toro, Owen Wilson, Eric Roberts, Michael K. Williams, Maya Rudolph, Martin Short
BEHIND THE CAMERA: Five-time Oscar nominee Paul Thomas Anderson, who directed Boogie Nights, Magnolia and There Will Be Blood
OSCAR PROSPECTS: Strong, given the involvement of auteur Anderson, an Oscar-nod favorite, Oscar winner Reese Witherspoon, and Oscar nominees Joaquin Phoenix and Josh Brolin
COMMERCIAL PROSPECTS: Modest, but artistic pedigree in front of and behind the camera might help this one break through.
REASON TO SEE IT: Andersonâs rÃ©sumÃ© is something special. So is his ensemble cast, which includes the reunion of Witherspoon and Phoenix from Walk the Line.