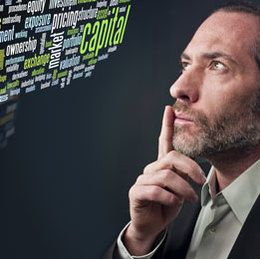 The State of Finance

As 2014 comes to a close, local business owners and experts are cautiously optimistic, reporting an upturn in an economy that has been struggling for years. But that’s not to say there haven’t been issues, and financial experts say that nothing beats being prepared in an uncertain economy, both in 2015 and beyond. Whether you’re an individual or a business owner, that preparation can go a long way. Those that have their pulse on the latest trends say that thoughtful financial planning is always a key to success.

From Local to Global
There’s no doubt that things were looking up this year. Businesses that were staying stagnant reported growth and there was an increasingly positive vibe in both local business and finances. Theodore R. Massaro, a financial consultant with M Financial Planning Services, Inc. in Marlton, says that he believes local business owners are generally happy with the economy right now, both locally and nationally. He also suspects increased retail sales in December will only be another good sign for the local economy.

“There are a lot of positives right now,” Massaro says. “We just need some more positive motivation coming out of Washington, [D.C.] Plenty of uncertainties still exist in the government and that will always weigh on peoples’ minds when making financial decisions.”

For now, though, many businesses are enjoying growth. After sticking to a holding pattern for some time after the recession, it’s been a positive change that businesses and individuals alike have embraced.

“The business owners I speak to are having strong successes and are continuing to reinvest in their businesses,” says Albert A. Fox, executive director and financial advisor at Fox Penberthy & Dehn at Morgan Stanley in Mount Laurel. “They’ve been able to control their cost and not at the expense of growth. It’s been a good year for many businesses but they continue to be cautiously optimistic.”

Fox notes that being cautious is always a wise move in these times. “All you have to do is spin the globe and put your finger somewhere and there’s an issue that’s eating away at the psychology of the investor public,” he adds. “While things have been going relatively well here, realistically we are in a challenging environment internationally.”

Stanley H. Molotsky, president and CEO of The SHM Financial Group, agrees. He says that world events are bound to have a big impact on what happens in 2015. “There is a lot of uncertainty all over the world right now,” he says. “Our stock market has remained strong and our economy has been doing pretty well, but the events happening in other parts of the world will have some impact on us, as we don’t exist in a vacuum.”

Still, Molotsky says the fact our economy continues to chug steadily along is a testament to the strengths of the United States, and for that, we should feel grateful.

“When you see all the uncertainty going on around the world and you see that our stock market is still strong, and we are still the safest place—not only in terms of walking the streets but in terms of where to put your money—then you realize how fortunate we are to be living here,” he says. “There is money coming from people all over the world who want to get their money out of uncertain places and put it in the U.S.”

Looking Ahead
While there were a lot of reasons to be more positive in 2014, the year wasn’t without its challenges.

“The Affordable Care Act continued to be a hot topic in 2014 and that will carry into the new year,” says Massaro. “A lot of businesses are dealing with frustrations because of it. Rising health care costs are a big issue. We already have a record number of part-time employees in the [United States] and that’s not going to change when businesses don’t want to spend more in health care benefits.”

The inevitable rise of interest rates is also a big issue. It’s one that most financial experts say the general public isn’t prepared for, either. “It really shouldn’t come as a surprise,” Fox says. “But unfortunately, it will. People will still feel shocked when interest rates rise; and they won’t be happy.”

“Nobody is going to blow the whistle and give you a warning that it’s happening—it’s just going to happen,” adds Molotsky. “That’s why people need to prepare now.

Complacency can be dangerous in times like these, he continues. With a relatively good year coming to a close, it’s a mistake for individuals and business owners to assume nothing could change. “You always need to be prepared for anything,” he says. “Particularly in this environment, you need to have an exit strategy.”

Fox agrees. “I think that the South Jersey economy has gotten stronger and people have a little more confidence in their overall financial well-being,” he says. “But that’s never an invitation to become complacent.”

While there are many things happening out of our control on a daily basis, Fox says it’s a good reminder to have a spending plan in place. “My best advice would be to stay focused on goals and objectives, rebalance your portfolio frequently, avoid taking too much risk, and ignore the noise as much as possible.”