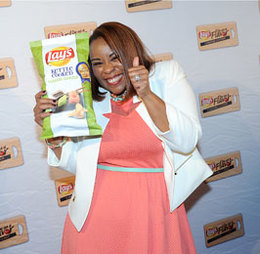 5: Number of NFL fields that are sodded with turf from New Jersey, which now includes the Philadelphia Eaglesâ Lincoln Financial Field. The Linc was recently re-sodded using turf from Tuckahoe Turf Farms in Hammonton.

76: Number of red-light cameras that are expected to be shut down across the state on Dec. 16, at the end of the stateâs five-year camera program. Legislators are currently campaigning to keep the cameras running.

$45,000: Estimated amount that was stolen from the nine banks, according to federal court documents.

8,977: Number of students throughout the state that were exempt from mandatory school vaccinations for religious reasons, according to a new study by the New Jersey Department of Health.

5X: The increase in religious-related reasons for skipping vaccinations over the last eight years.

$110,000,000: The cost of the bid for Revel Casino Hotel that was dropped by Brookfield Asset Management. Brookfield placed the bid on the space in October, but pulled out after disputes with Revelâs bondholders.

Richard Stockton College has announced plans to purchase Showboat Casino, with the intention of turning the space into a satellite campus.

A seal in Brigantine has been moved to its permanent residence at the Detroit Zoo, after locals feeding and caring for the seal domesticated it and left it unable to survive in the wild.

Camden native and actress Tasha Smithâs husband Keith Douglas issued a restraining order against her after the Tyler Perry star threatened his life.

A family member of former Cooper University CEO John Sheridan Jr. revealed that Sheridan and his wife were stabbed before dying in a house fire in September. Officials have cleared their four sons, though the case is still under investigation.

12/13
Get into the holiday spirit by heading down to Mullica Hillâs Annual Christmas House Tour where you can take a bus and see the townâs houses and historical buildings decked out with colorful Christmas decorations. Dec. 13, 2 to 7 p.m. at Mullica Hill, (856) 223-5440, MullicaHill.com, prices vary

12/19
Donât miss South Jersey Ballet Theatreâs annual production of The Nutcracker, where you can join the Snow Queen and the Sugar Plum Fairy in a performance that is sure to get you in the holiday spirit. Dates and times vary beginning Dec. 19, Voorhees Middle School, 1000 Holly Oak Drive, Voorhees, (856) 767-7060, SouthJerseyBallet.com, prices vary

Meteorologists from all the major TV networks give us their predictions for the upcoming winter and whether or not we should invest in a new shovel after last year. Page 22

Burlington County
Mount Laurel
Police responded to reports of shots fired at the Knights Inn motel to find that a guest playing with a gun accidentally fired off several shots.

Camden County
Cherry Hill Law officials are looking for a scammer who has been calling local residents
pretending to be the IRS and demanding money.

Gloucester County
Mount Royal
A local man was arrested in connection with a Mickleton robbery. According to police, the man stole an estimated $2,500 worth of items and then sold them off around Woodbury.

âItâs a special night. When the announcement comes out, it means a lot. You always want to win something, and when you do that, you get emotional a little bit.â
âMillville native Mike Trout after being named Major League Baseballâs American League MVP

This month, on Page 20, columnist Robin Rieger discusses how the holiday season appears to arrive earlier and earlier each year. Share your opinion by visiting SouthJersey.comâs Voice and Vent section and answering:
âDo you think the marketing of the holiday season has gone overboard in recent years?â

Click on âSubmitâ to make your vote count. Next month, weâll report back on what our readers are thinking.

Last month, we asked:
âDo you think A.C. can successfully rebrand itself as more than just a gaming destination?â
69% of you said No
31% of you said Yes

Locals: Chip Champ
Deptfordâs Meneko Spigner McBeth (pictured) was recently named the grand prize winner of Frito-Layâs âDo Us a Flavorâ contest. McBethâs Kettle Cooked Wasabi Ginger chips were one of more than 14 million submissions, and the only one of four finalists to win via online voting. McBethâs win comes with a $1 million grand prize, or a percentage of the chipâs sales for the first year, whichever is greater, and her variety will become a permanent part of the Layâs name. We spoke with McBeth to hear about the road to her $1 million chip.

How did you come up with the idea for the wasabi ginger flavor?
The flavor was inspired by my grandmother, who is Japanese. I grew up eating her handmade sushi, longing to have it with wasabi just like her. When I got older and was allowed to have it I immediately fell in love. I paired it with ginger when I tried my first real sushi restaurant in college and have been combining the two ever since!

What inspired you to even enter the contest?
I entered the contest as just a fun âletâs just see what happensâ kind of thing, never ever expecting to become a finalist, or better yet, a winner! I actually never knew there was any monetary prize until after I was notified of my finalist status. I basically cook for my family, so I am not a chef or lover of cooking by any means.

How did it feel to win?
I am just a wife, mom and nurse who works hard for my family, I would have never expected in a million years to have become a finalist or grand prize winner! It is an amazing feeling and I am so thankful.

Do you have any plans for the prize money?
The majority of the money of course will go to my three little girls, providing substantial college and wedding funds for their futures. But, as a minivan driver I have decided to treat myself to a âmommy carââsomething with two doors and no room for car seats!

Jameson, a Moorestown native and Moorestown Friends School alumnus, was recently awarded the Truman Capote Award for Literary Criticism. Jamesonâs book, The Antinomies of Realism, was selected by an international panel for the prestigious award, which recognizes literary excellence as part of the Truman Capote Literary Trust.

Pitmanâs Yurick was honored with a $200 scholarship from the Pitman Womenâs Club. Yurick, in her sophomore year at Rowan College at Gloucester County has worked as a nursesâ aide at Inspira Health Care Network for over two years. She was nominated for her academic performance and dedication to nursing, and was then voted the student most deserving by the collegeâs nursing and allied health faculty.

McMillan, Lourdes Medical Center of Burlington Countyâs chief of orthopedics and director of orthopedic sports medicine and arthroscopy at Lourdes Medical Associates, was recently honored with The American Osteopathic Academy of Orthopedicsâ Fellow Award. McMillan was one of only 14 national doctors to be awarded, based on his noteworthy contributions to orthopedic surgery research and the healing arts.

As adviser to the Anthony J. Fulginetti Public Relatons Student Society of America at Rowan University, Rosanio was named 2014 National Professional Student Adviser of the Year by the Public Relations Student Society of America. The Medford resident was acknowledged for her work with Rowan University, including the foundation of the brand-new PR for Good scholarship at the school.

Keating, Rowan College at Gloucester Countyâs president, was recently honored with the National Association for the Advancement of Colored Peopleâs (NAACP) Game Changer Presidentâs Award. Keating was selected by the NAACP for his work in higher education, and for his work to create the Center for College and Career Readiness at the recently-renovated campus.