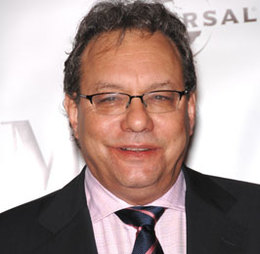 Lewis Black
Comedian, actor, playwright, social critic and author Lewis Black will bring his stand-up routine to the Borgata this month. Well known for his angry comedy style and his appearances on the Daily Show with Jon Stewart and The Aristocrats, Black has also had his own successful show on Comedy Central, Lewis Black’s Root of all Evil. Though his show is not for the faint of heart, anyone looking to send 2014 off with a bang should get here. Dec. 5 and 6, 9 p.m. at the Borgata, 1 Borgata Way, (609) 317-1000, TheBorgata.com, $75-$85

Seth Myers
Hitting the stage at Caesars Atlantic City will be television host, producer and comedian Seth Myers. Having found success writing and acting in Saturday Night Live from 2008 to 2012, Myers has also acted in a number of movies, including Journey to the Center of the Earth. Now, Myers enjoys starring in his own talk show, which he also writes, Late Night with Seth Myers. With so much comedic experience, his stage performance is sure to be a hit. Dec. 6, 9 p.m. at Caesars Atlantic City, 2100 Pacific Ave., (800) 754-3000, CaesarsAC.com, $60-$119

Anthony Hamilton
R&B singer-songwriter and producer Anthony Hamilton will be making his way to the Shore this month to perform just in time for the holidays. Hamilton’s first claim to fame was his second studio album, Comin’ From Where I’m From, which went platinum in 2003. He’s also well known for his song, “Freedom,” that appeared in Django Unchained and which he sang as a duet with Elayna Boyntown. Get ready for this holiday show because you won’t want to miss it. Dec. 13, 9 p.m. at Harrah’s, 777 Harrah’s Blvd., (609) 345-2555, HarrahsResort.com, $45-$75