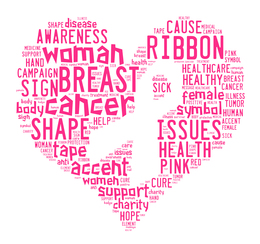 $26,6000,000: Amount in tax incentives awarded to companies in Pitman, Vineland, Atlantic City and Camden through the Economic Development Authorityâs Grow NJ program. The program was created to increase job production within the state.

82: Age of âMr. Cherry Hill,â the longest-serving councilman in Cherry Hill history, N. John Amato, when he died in September.

55: The number of years Big Brothers Big Sisters has been in operation in Burlington, Camden and Gloucester counties.

80: Total number of new petsâincluding 30 dogs and 50 catsâthat the Camden County Animal Shelter in Gloucester Township can now house, thanks to a board-approved $1.5 million expansion on the shelter. The expansion, expected to take nine months, will also include an additional dog run and a space for people to interact with their potential pets.

3,101: Number of Trump Taj Mahal employees that were issued layoff notices on Sept. 12 in anticipation of the casinoâs Nov. 13 closing.

$90,000,000: The bid that Pole North Country Club, Inc. and owner Glenn Straub placed on Revel Casino Hotel. Straub says he hopes to also build a university on the boardwalk.

$2,400,000,000: The cost to build Revel, which lasted just two and a half years on the Atlantic City boardwalk before closing.

Philadelphia Phillies shortstop Jimmy Rollins, a Woolwich Township resident, was nominated for the prestigious Roberto Clemente Award, which honors a player annually for their professionalism both on and off the field.

Anonymous South Jersey Twitter user @FanSince09 has become a national hero after using photos and check-ins on Facebook to identify a group of Philadelphia diners who allegedly attacked a gay couple.

New Jersey is now the first state in the country to require all municipal police departments to use video cameras while on patrol. Police vehicles will now be fitted with dashboard cameras and Cherry Hill police are in the process of testing out body cameras on officers.

One Miss America contestant had to be treated at an Atlantic City hospital after suffering heat stroke during a preliminary competition. Miss Rhode Island Ive DePew fainted while awaiting results from the talent competition.

A local waiter at Prospectorâs Grille & Saloon in Mount Laurel was arrested and accused of stealing from customers. The waiter allegedly added money onto tips paid with credit card, adding up to hundreds of dollars.

A 19-year-old Shamong resident was arrested for trespassing after trying to enter a barricaded entryway to the White House.

10/23
See the musical adaptation of The Color Purple, where youâll be able to witness the inspiring story of a woman who uses love to find strength and her own voice in the world. Dates and times vary in October and November at The Grand Theatre, 405 South Main Street, Williamstown, (856) 728-2120, RoadCompany.com, prices vary

Long before he was a successful restaurateur, Steve Martorano sold sandwiches door to door. Page 40

Cristin Milioti got her first professional acting job courtesy of Steve Buscemi on The Sopranos. Page 50

Burlington County : Mount Laurel
A local woman has been charged with filing a false report and theft after claiming a purse snatcher took her bag holding $4,900 worth of money for her local cheerleading group. The woman has allegedly pocketed more than $9,000 from the organization.

Camden County: Camden
Police responding to a domestic incident got more than they bargained for when the suspect in question charged police and tried to attack them using an ice pick.

Gloucester County : Paulsboro
Authorities are on the hunt for two suspects that attacked a local man on the street and robbed him. The victim was treated for injuries at a local medical center.

âThe video I saw â¦ was difficult to watch as a husband and as a father. Thereâs nothing that could justify what I saw on that video. This is a sad day for Ray and a sad day for Rutgers.â
-Rutgers University head football coach Kyle Flood, in a press conference, discussing the video of former Baltimore Ravens running back Ray Rice beating now-wife Janay Palmer in a casino elevator in February. Flood was an assistant coach while Rice played at Rutgers from 2005-07.

Voice & Vent In the October issue of South Jersey Magazine, on Page 56, we take a look at some of the wonderful women who are making a difference in South Jersey through various community enhancing efforts. Share your opinion by visiting SouthJersey.comâs Voice and Vent section and answering:
âDo you volunteer your time to help others as much as youâd like?â Click on âSubmitâ to make your vote count. Next month, weâll report back on what our readers are thinking.

Last month, we asked:
âDo you think students attending public school get an equally good education as those who attend private school?â
78% of you said No
22% of you said Yes

Community: A Local Fight
October is National Breast Cancer Awareness Month, and the perfect opportunity to honor those in our lives who have been touched by the disease. Looking to get out and show your support? Check out these community events running this month.

Shamong native Ryan Blythe was selected to the USA Rugby Menâs Collegiate All-American First Team. Blythe currently plays for West Virginia University and previously played football for Seneca High School, and was one of only 33 national players to be picked for the team.

Bradley J. Kenney, a Moorestown native and lifelong resident, has been named to the Moorestown Community House Board of Trustees. Kenney currently serves as the Moorestown Fire District No. 1 commissioner as well as a volunteer firefighter and also worked for the townshipâs Evergreens retirement community.

Deptfordâs Kathleen Assini was recently awarded the 2015 California Casualty Award for Teaching Excellence from the NEA Foundation. Assini, a teacher at Delsea Regional Middle School in Franklinville, was honored with this merit on top of being named the 2014 New Jersey Teacher of the Year, a title which gave her the opportunity to meet President Obama.

Rowan College at Gloucester County Dean of Business Studies Patricia Claghorn has been named the executive vice chairperson of the American Red Cross South Jersey chapter. Claghorn has served local Red Cross chapters for the last five years and will help create fundraising efforts and activities alongside the rest of the board.

Haddonfield boys cross country coach Nick Baker hit a major career milestone early on in the season with his 300th victory in a September win. Baker and his team are currently looking at a 166 dual meet winning streak, and havenât seen defeat in a dual meet since 1997, which is around the time most of his current athletes were born.