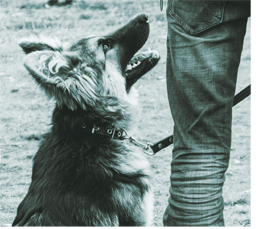 Paws for the Cause

Arthur Earl (Sonny) Wimberly Jr. joined the United States Army on Jan. 29, 1968, three days after celebrating his 18th birthday. Within six months, the young man found himself on the battlefield, dutifully serving his country. Then that December, nearly a year after he enlisted, things took an unfortunate turn when he was wounded by a mine blast during an operation on the Cambodian border.

Field promoted to sergeant (E5) when his squad leader was injured, the Pennsauken Township resident was awarded a Bronze Star for meritorious achievement during his tour, and later a Purple Heart. As a result of that fateful day nearly 50 years ago, a wheelchair has become Wimberly’s almost constant companion. But, at the end of May, he was presented a new kind of companion that can help him in even more ways— a service dog.

Made possible through a pilot program called Friends4Vets, Wimberly’s new sidekick is a rescue dog that was trained by inmates at the Camden County Correctional Facility. The unique partnership pairs inmates with dogs for a 12-week training course. The dogs live at the jail during the program until they are ready to be passed on to a veteran in need. Wimberly’s pup will soon be by his side.

“Our dog is still in training for a few more weeks and then will be coming to stay,” an elated Wimberly says. “There is still a lot of training to get the dog to the level of service dog. The trainer will be working with me and the dog to get us to certification level.”

The Friends4Vets program stemmed from a meeting Sen. Jim Beach had with another South Jersey veteran roughly a year and a half ago. According to Beach, the veteran had received a service dog free of charge from an organization in Ohio called Dogs4Warriors, and while the organization “covered all expenses related to the dog, this young veteran had to cover his travel costs to and from Ohio at great expense … and this bothered me,” he says.

“After speaking with Dogs4Warriors, an organization that utilizes incarcerated veterans to train service dogs for veterans with PTSD, I realized that this is something that we can do right here in Camden County,” he continues. “I reached out to the [Camden County] Freeholders and the [Camden County Correctional Facility’s] warden, introduced legislation to create a pilot program and here we are today.”

Beach introduced the legislation to establish the three year service dog pilot program last summer. The legislation passed without opposition in December and now sits in the Assembly.

“The bill requires a report to the governor and legislature upon completion of the program,” he adds, “evaluating its effectiveness and including recommendations as to whether the program should be expanded to other counties.”

Given the strong response the program has received on all levels—from the leaders and inmates at the correctional facility, to the organizers at Mount Laurel’s One Love Animal Rescue, the group providing the dogs and training for the program—the hope is that the program will in fact be here to stay, says Sherri Smith, One Love’s chairman and co-founder.

“We were looking for more ways to save dogs and for us, the key is foster homes,” she says. “We saw what New Leash on Life [a prison dog training program] is doing in Pennsylvania and we wanted to try to start something similar. The inmates serve as pseudo fosters—with training, too—and allow us to save more dogs, help more inmates and give to veterans in need.”

Smith credits Marissa Corbett, One Love’s trainer and the owner of Above and Beyond Dog Training in Mount Holly, and Officer Dennystor Nieves, the program leader at the correctional facility, for truly taking the program and making it the success it has been, but notes the dedication of the inmates has been unparalleled.

“Obviously, no trained dogs leave this program without the dedication and hard work of the guys,” she says. “Training dogs is hard. Training dogs in jail is even harder. Program participants have demonstrated patience and love, and we have no doubt we have some amazing future dog handlers and trainers coming out of this program.”

Camden County Freeholder Jonathan Young, who serves as liaison to the department of corrections, echoes Smith’s sentiments, and says the program has been a success for all the parties involved.

“Due to the fact that this pilot program has proven to be a success, we would like it to continue to be a benefit to all of the communities it was designed to serve,” he says. “The inmates participating in the program are truly grateful for the opportunity to give something back to our nation’s veterans.”

The chance to give back while incarcerated is not the only driving force for the inmates, the program is also helping them cope with being cut off from the outside world.

“We go through a state of depression, too,” says inmate Darren Hardison who recently trained a dog named Duchess. “We’re away from our families and our loved ones. As they learn, it’s just like teaching your child. You watch them grow and learn and listen. These puppies have really changed my life. … Lord willing, when I get out of here, I can get more vocational training and maybe one day train puppies for a living. You never know.”

Despite the enthusiasm that has been garnered for the program, Smith says there has been one unexpected wrinkle in the program’s process—finding veterans who need service dogs.

“Of all the challenges we faced in developing and launching this program, we never ever imagined that the hard part would be finding Camden County veterans and spreading the word about the program,” she says.

Without a doubt, there are more veterans like Wimberly out there who deserve a helpful companion to make life a little easier every day, and everyone involved with Friends4Vets would love to be able to make the connection happen.

“This is truly a blessing as we count them one by one, and many thanks to everyone that has been a part of this,” Wimberly says